Read more about this fascinating story of the Alvin Sphere, the Titanic and Victory Van Corporation.

Recently, the Alvin Sphere had been on display at the Ronald Reagan Presidential Library and Museum in Simi Valley, California. When it was time to prepare for a new National Geographic exhibition about the Titanic, conversations and preparations began on how to move the Alvin Sphere. 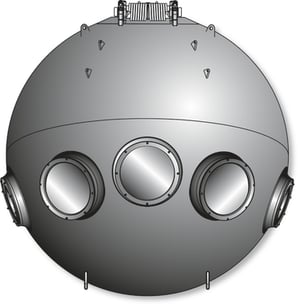 Alvin is the second of three personnel hulls installed on the deep submersible vehicle and has now been replaced with a deeper diving 6500-meter titanium sphere.

This Alvin Sphere was installed in the underwater submersible vessel when it explored the Titanic back in 1986 and is a reason why the 1986 RMS Titanic Memorial Act was passed. This was the Act of Congress that designated the Titanic wreck as an ”International Maritime Memorial.”

Coordinating with these two U.S. government organizations made the decision a lot more difficult to outsource handling the moving and warehousing of the Alvin Sphere. After much research, National Geographic decided that the best mover to help them handle such a delicate yet bulky item was Victory Van.

Victory Van is a moving and storage company that can move anything, anywhere, at any time. Whether it is a home, an office or university; whether it is a national or international relocation, Victory Van has the capacity, experience, and expertise to make it happen.

Victory Van is a leading storage company in Sterling, VA that sports an amazing 500,000 square feet of storage and warehouse space. Size does not matter with Victory Van as we have frequently stored entire hotels (such as The Willard Hotel and the W) and university properties (Howard University, Georgetown University, George Mason...and the list goes on) during renovations or relocations.

Given our track record of working with other leading institutions such as the Girls Scouts of America, the Washington Nationals, and the Red Cross, National Geographic decided to utilize Victory Van’s services. 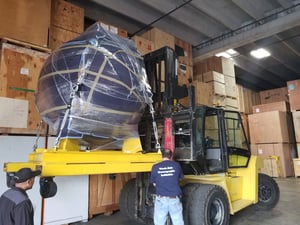 In January 2018, they contacted us to store the submersible vessel that found the Titanic. This was an amazing opportunity for us to have such a rare artifact to spend some time in our facility.

We arranged to receive a large flatbed trailer in February 2018 that brought the sphere all the way from its previous exhibition in California. The sheer size and weight of the Alvin titanium sphere required us to bring out the big guns. We used our heavy-duty forklift to lift the 8,000 pounds of titanium off the flatbed and carefully place it in our warehouse, completing the first phase of its journey to  the metro Washington D.C. area.

After three months, Victory Van used the same forklift to transfer the sphere onto its own flatbed.  The team arrived at the National Geographic office in Washington DC. at 6 a.m. on May 7, 2018.

Once completed, National Geographic had us move trailers filled to the brim with Titanic interior replicas used in the 1997 global hit movie, Titanic. The replicas were driven from Baltimore, MD to Washington, D.C. for the exhibition where everything was organized and perfectly timed.

Victory Van has been trusted by National Geographic to move sensitive artifacts. We are experts at moving and storing all sorts of items and goods from very small to an 8,000 pound titanium sphere!

Call us today at 1-800-572-3131 for more information about our services. Or, click below to request additional information.

The National Geographic exhibition opened on May 30 and will run through early 2019, a highly recommended visit!

The Grand Staircase of the  Titanic. Underwater photographs taken by explorer Robert Ballard  on the DSV Alvin, show that the steel infrastructure of the staircase is intact, and that the wood was likely eaten away by microbes. A 360-degree view of the fore staircase as it currently appears can be seen on the Encyclopedia Titanica website. 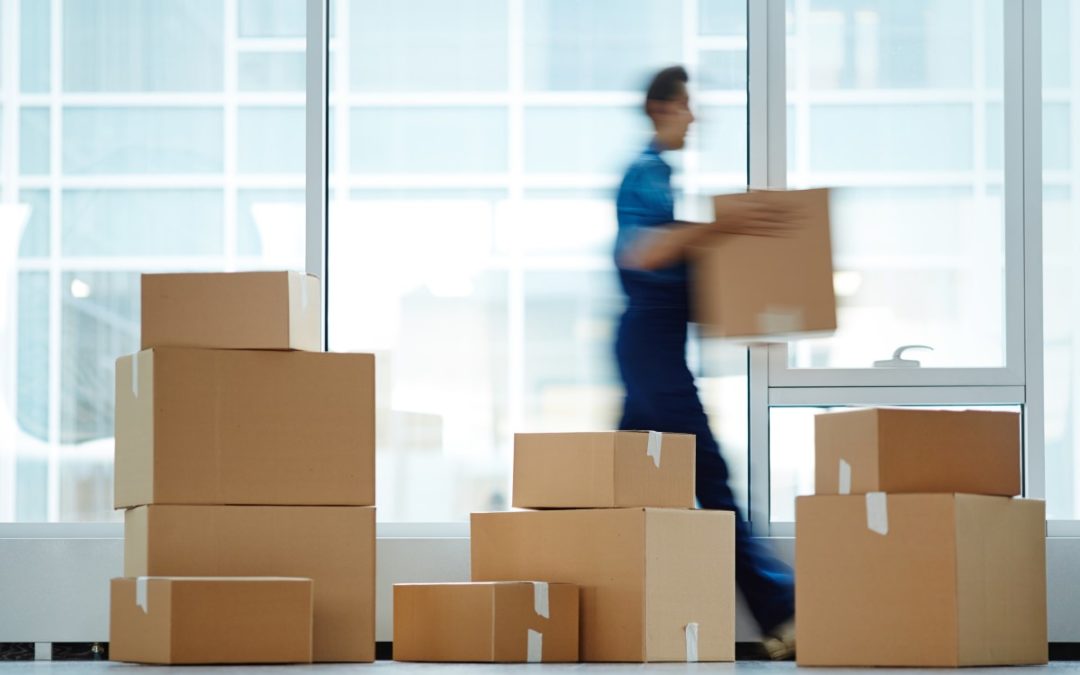 Things to Be on the Lookout for in Commercial Moving Companies 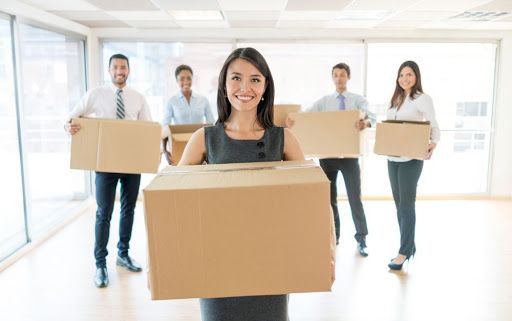 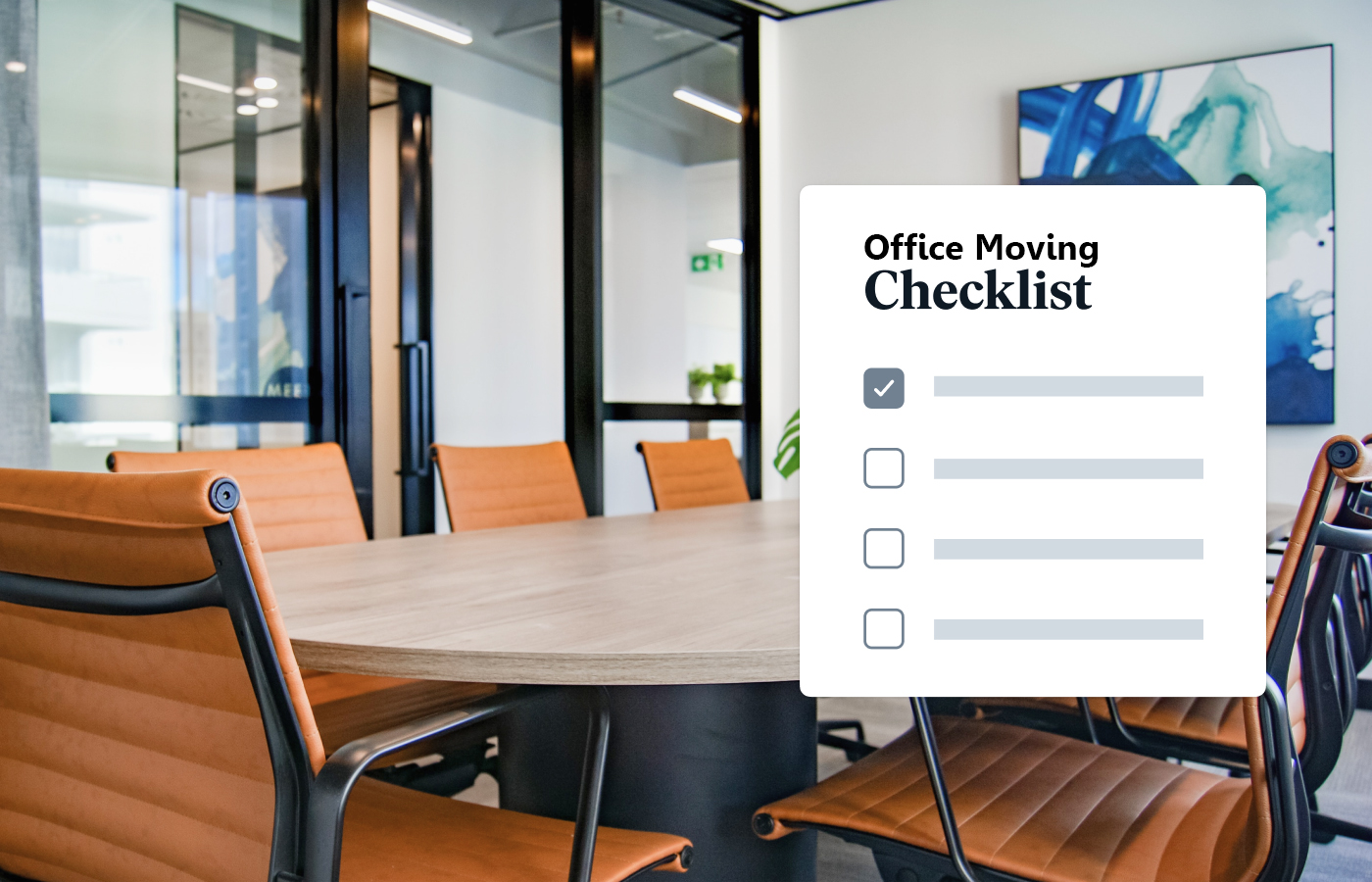 Commercial Movers' Tips on How to Downsize Your Office Space 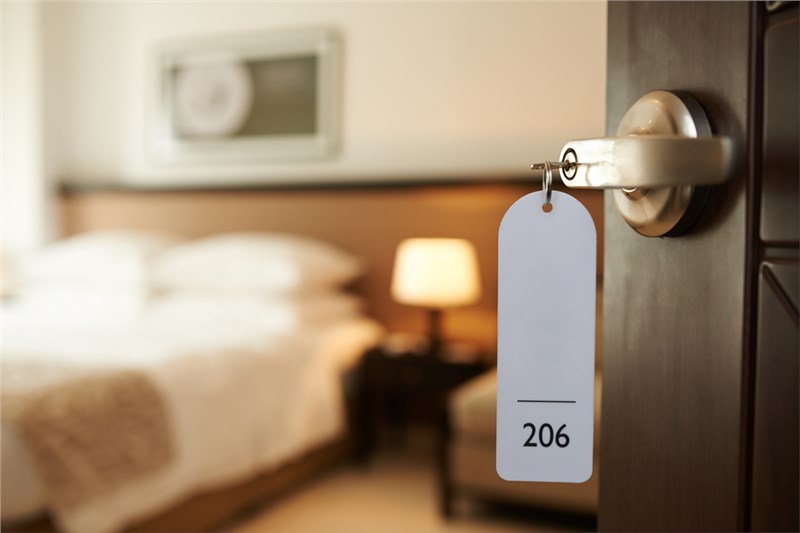 Ways that Hotels Can Benefit from Commercial Storage Facilities